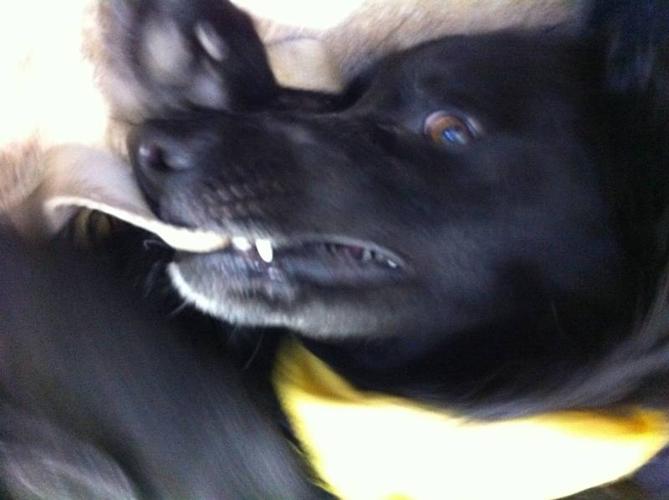 Bentley is a 4 year old border collie/ black lab mix who loves people and loves to play with them more. Unfortunately Bentley needs more attention then what I can give him. He instantly loves just about anyone, loves to play fight and tug-o-war. He has never chewed anything other then his toys. He doesn't bark but sometimes he makes a few noises in his sleep. He loves to cuddle up with people when they are sleeping but if you don't want him on your bed, all you have to do is say no. He has never been around children before so I wouldn't be able to tell you how he would behave. If you run, he likes to chase. So I think if he were to play with kids, he might get a little too rough but that's guessing. When you get Bentley, you will get all his toys, his bed, leash, collar, shampoo, dog food and food and water dishes. 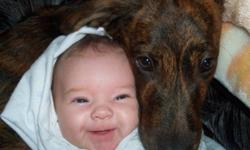 Sweet, energetic dog needs a home for Xmas!
I have a male mixed breed dog that is the sweetest most loving dog you will ever meet. He is fantastic with kids, I... 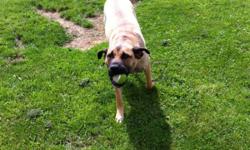 Dog needing new home $200
Vespa is a energetic , playful dog. She loves to play ball. She is need of a home that is in a safer place. The is a... 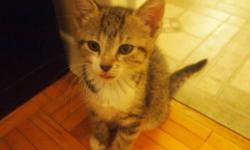 FREE AMAZINGLY ENERGETIC KITTENS NEED HOME!!!
I have 4 kittens that are old enough for new homes, and as much as i would love to keep everyone of them we all know...

Very friendly cats need new home
A few weeks ago someone left two cats at our barn. An orange adult male and a young tabby female (I'm guessing about... 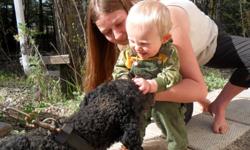 Friendly air-doodle needs new home
My daughter went off to University and left her dog behind. He is an airdale-poodle, very friendly, hyper-allergenic...

Pets in: Gimli
Copyright © 2022 yourpetforsale.com, All Rights Reserved. Designated trademarks and brands are the property of their respective owners.
Home | Ads | About | Place an ad